Ray LaMontagne’s long awaited album, Supernova, was officially released last Tuesday and debuted on the Billboard charts at number 2. Supernova was produced by Dan Auerbach of the Black Keys. LaMontagne who headlined the inaugural Greenbelt Harvest Picnic, returns as headliner again this year. LaMontagne has two sold out shows at Massey Hall in Toronto as part of his 2014 tour which includes major venues such as the legendary Red Rocks Amphitheatre in Colorado.

World renowned musician and producer, Daniel Lanois, who grew up in Hamilton, is a perennial Picnic performer and ambassador. Lanois is currently finishing up a new album which is due for release later this year.

Greenbelt Harvest Picnic Founder, Jean-Paul Gauthier, stated, “This year’s Picnic will be another amazing convergence of musical diversity comprised of artists’ artists”. Gauthier added, “The musical collaborations have already begun – this is going to be the coolest Picnic yet.”

Ontario’s Greenbelt is almost 2.0 million acres of green space, farmland, vibrant communities, forests, wetlands, and watersheds – all permanently protected by world-leading legislation. In return, the Greenbelt gives back much to Ontario, including $9.1 billion in economic benefits and $2.6 billion in ecosystem services annually. 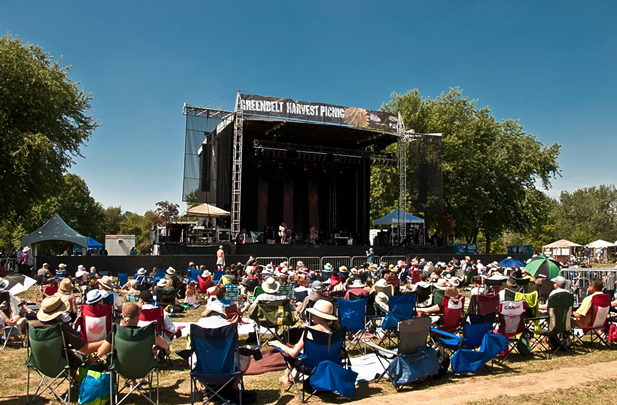 Christie Lake is a natural paradise, boasting 830 acres of hiking trails, picnic areas, fishing ponds and beaches. The Greenbelt Harvest Picnic is designed to raise awareness about the importance

Tickets will be available online at www.ticketmaster.ca, all Ticketmaster outlets or by calling 1- 855-985-5000 beginning Saturday May 10th at 10AM. Early bird prices will be in effect until May 24th and will be available through TicketMaster and local retail outlets. Children 10 and under are admitted free to the Picnic while discounted tickets are available for youth ages 11-15. Tickets can also be purchased at Picks and Sticks, located at 140 Locke Street South in Hamilton, Dr. Disc located at 20 Wilson Street. Tickets will also be available at Christie Lake on show day only (subject to availability). As this is a green event, fans are being encouraged to carpool. For more information, please visit www.harvestpicnic.ca.