Wendy Donnan is a dreamer; not just any dreamer. She’s a big dreamer. For the last 30 years, she’s dreamt about the movies while living out part of her dream working as an independent film producer, a TV executive, and in network administration.

Last summer, while attending a soccer game for her grown son, she met local photographer Judah Hernandez, also a soccer player, and they talked about ways to boost cinema and arts culture in Oakville. “We both have a real passion for Oakville as well as for film in general and we felt there was a need for something fresh,” says Donnan.

With the longstanding popularity of annual events including the Oakville Downtown Jazz Festival and Midnight Madness, the timing for a new kind of festival was right. Wendy had just finished her Masters of Cinema and Media Studies degree and Judah, who owns Black and White Media on Lakeshore Road in Oakville, was ready to help. 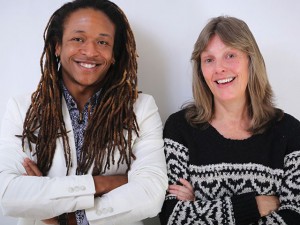 In a short time, they developed the Oakville Festivals of Film and Arts, an arena to showcase local filmmaking and photography talent and bring in high quality cinema. The festival launched in June with the world premiere of a Swedish comedy called “The Hundred Year Old Man Who Climbed Out of the Window and Disappeared”. It premiered to a sold-out crowd, verifying Donnan’s belief that Oakville has a high number of dedicated cinephiles as well as occasional movie goers who enjoy high quality films.

They’re hoping for a repeat performance of ticket sales on September 27 when the festival offers a one-day movie extravaganza at the Oakville Centre for the Performing Arts, with two feature films, two documentaries and several short films. Some are made by students of Sheridan College’s highly regarded animation program.

In keeping with the festival’s theme of Rogues and Heroes, all films deal with the good and evil in human nature, including the BBC production of “Turn of the Screw” that stars actors from the popular Downton Abbey series.

“Our idea was to make the festival stand out from other festivals by including a celebration of other arts in Oakville,” says Donnan. For tickets to OFFA’s September 27 festival go to www.oakvillecentre.ca or call 905-815-2021.

Those looking for an even wider range of films don’t have far to go, as The Toronto International Film Festival will be coming to town from September 4th to the 14th. This year’s festival has a strong line-up of more than 300 features and short films.

This is the 39th year for the Toronto International Film Festival, (TIFF) which will kick off with the world premiere of “The Judge” starring Robert Downey Jr. For those who enjoy celebrity watching, other stars who may be in attendance this year include Reese Witherspoon, Channing Tatum, Steve Carrel, Kate Winslet and Denzel Washington. Those hoping to take in several films – or to increase their chances of catching some stars – may want to turn their day outing into an overnight stay.

If you love movies and the cinema, you will have plenty of exciting options this September, all right here close to home! 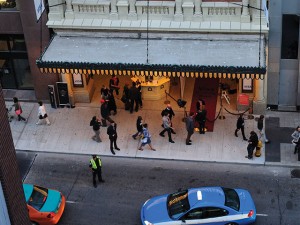 Where to stay during TIFF – https://www.tiff.net/industry/hotels-travel