Tasty food, good cheer and beer: all of the things we’ve come to associate with Oktoberfest. As the 182nd anniversary of Munich, Germany’s original festival ramps up (Kitchener’s famous fest runs from October 9 – 17), people can plan Oktoberfest-inspired parties at home. Unless you hail from Deutschland, you might need a few hints as to what food and drinks to serve. Here are several Ontario brewers’ recommendations about what beers to offer, what to pair them with, and how to give your guests an authentic Oktoberfest experience.

Whether you prefer a pilsner, lager or ale, slightly sweeter and malty flavours are associated with Oktoberfest. Some malt beers to look for include the Kellerbier, Marzenbier and German Pilsner. Boshkung Brewery, in Carnarvon, Ontario, brews a German-style Keller for the Oktoberfest period. As head brewer Brent Milcz explains, the Keller takes its name from the German word for “cellar,” evoking the longer aging processes that festbiers (“festival beers”) traditionally undergo. The Keller is known for its “clean finishing, with a bready and light malt character up front.” The German hops Boshkung specifically blends also “contribute a light spice, herbal tone, and a delicate bitterness.”

The Marzenbier and German Pilsner are other Oktoberfest classics. Like the Keller, the “March Beer” and Pilsner undergo a lengthy chilling process. They are brewed in the spring, and both are aged until the fall festival period. The 3 Brewers microbrewery, with locations in Richmond Hill, Mississauga, Toronto and Oakville, has created “The Munich” Marzenbier for this season. Kim Cunningham, VP of Marketing, explains that it has a medium-bodied malty taste with hints of herbs and a clean, dry finish. Oakville’s Cameron’s Brewery, on the other hand, says partygoers can anticipate a malty, crisp taste, with notes of wildflower and spice, from their version of the German Pilsner.

Creemore Springs brews its own Kellerbier each year, “an unfiltered medieval German beer known for its naturally cloudy appearance.” They also offer an Oktoberfest lager, which is this brewery’s rendition of a classic Oktoberfest beer to commemorate the season. 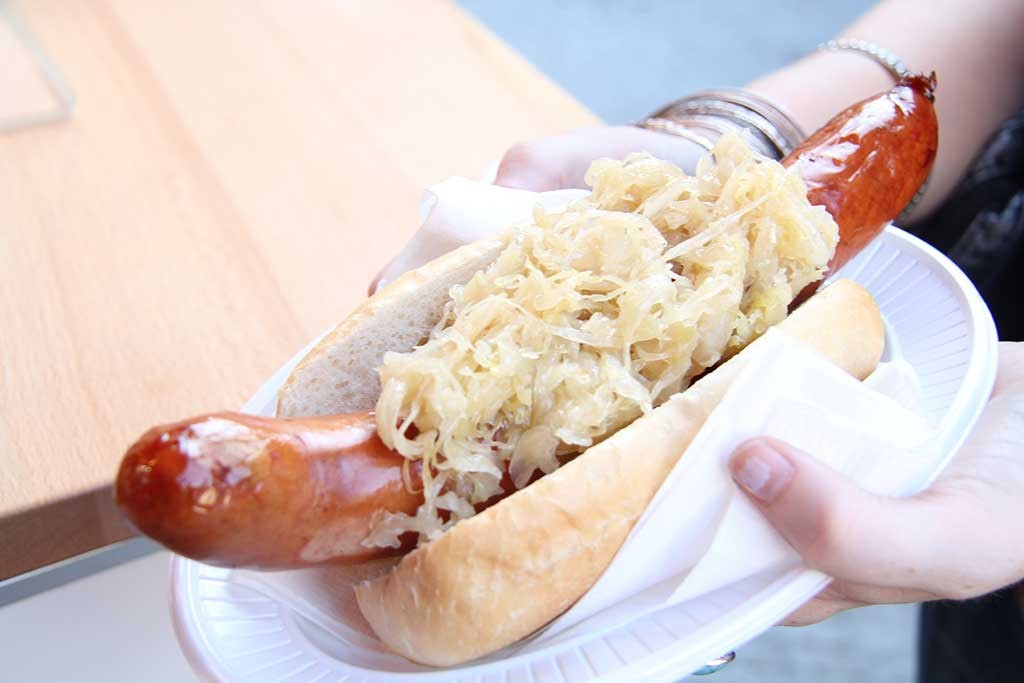 To accompany these traditional beers, specific foods – bratwursts, cabbage, and roasted chicken, for example – come to mind. According to Milcz, this is because festbiers were developed by German beer drinkers who enjoyed certain foods along with the beers they were creating. As a result, “the beer and food developed alongside each other, and created a classic pairing.” Milcz recommends the Kellerbier with bratwurst sausage and sauerkraut. Similarly, with a Marzenbier or German Pilsner, German or Frankfurt sausages, as well as soft German pretzels and sauerkraut served with Dijon mustard, are good choices. According to Cunningham, “the clean, dry finish of the beer complements the sausage, and the salted pretzels are the perfect way to cleanse the palate between sips.”

There are delicious (and vegetarian-friendly) alternatives or accompaniments to include. Harvest vegetables, such as cabbage and Brussels sprouts, and root vegetables, such as parsnips and carrots, for example, enhance the flavours of festbiers. And roasting and/or carmelizing these veggies, or augmenting them with sautéed apples or carmelized onions, releases their natural sugars, complementing the maltiness of the beers. Avoid serving foods with acidic barbecue sauces, which will detract from the beers’ natural flavours.

Serve up your own Oktoberfest-inspired beer tasting and feast at home. Use some of the simple food and drink pairings with a local brew to ensure that the quality of your fare matches the visual interest of your annually donned lederhosen or dirndl. 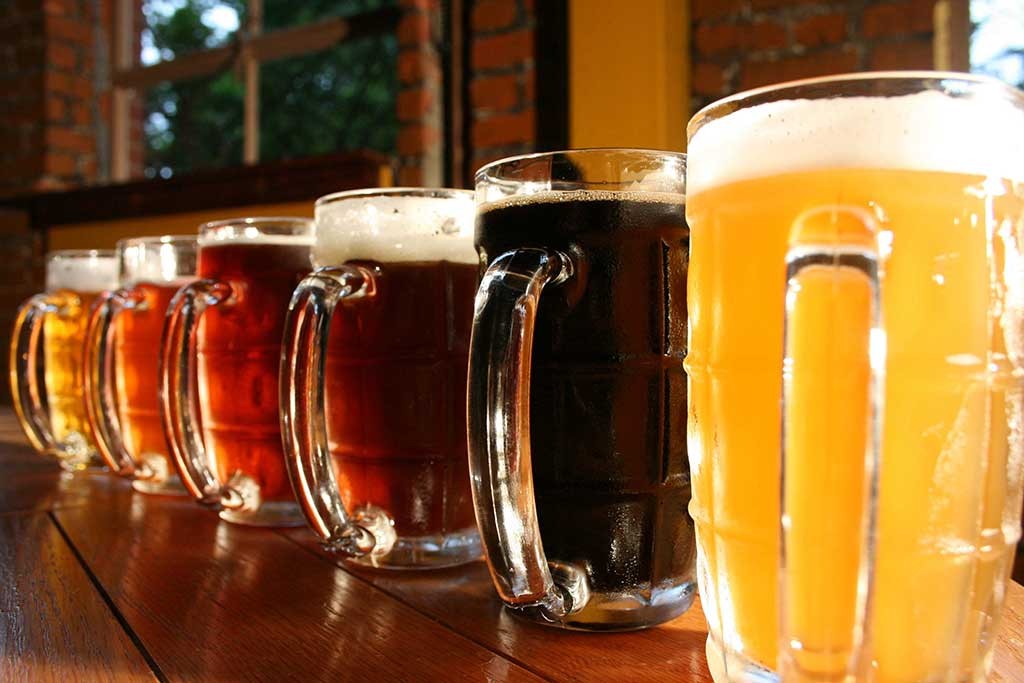