Back in Toronto in the late 1800’s, if you were anywhere near Parliament Street by the railway tracks, you would see tall chimneys and smell the distinct aroma of whisky. For Gooderham and Worts Distillery, that was the smell of money. They were the founders of a distillery they built in the area in 1832. By 1856, it had become the largest distillery in the world, producing more than two million gallons of whisky a year, most of which was exported to the world market.

The area off Parliament was near the Canadian National Railway and the mouth of the original route of the Don River into Lake Ontario, which made it the perfect location for receiving grain and exporting. By the late 20th century, the distillery business began to wind down and, by the 1990’s, those moneymaking buildings were largely abandoned and many were demolished. Although plans were made to revitalize the district, they were hampered by the recession of the early 1990’s. 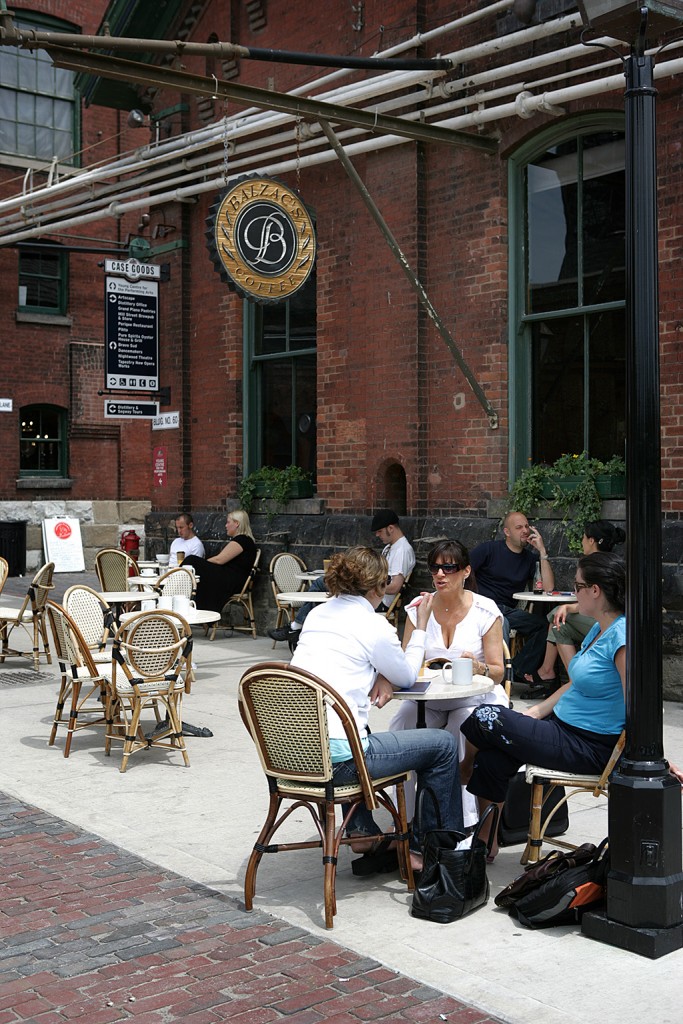 As the site quietly awaited re-development, the district’s industrial ambiance became a popular draw for film shoots. Finally in 2003, the Distillery District officially opened, and it has been thriving ever since. The neighbourhood has gone from housing an imposing five-storey building that accommodated steam mills and a distillery plus a 100-foot tall chimney, to one that draws thousands of visitors for its independent shops, galleries and restaurants – it has become truly an entertainment and cultural hotspot.

There are more than 70 cultural and retail establishments in the restored red brick buildings that were owned by Gooderham & Worts, including the Mill Street Brewery. These include cafés, art galleries, designer boutiques, artisan shops, performance venues and award-winning restaurants, which are spread over 13 acres. The district has retained its historic feel with more than 40 heritage buildings still intact. With the largest remaining collection of Victorian-era industrial architecture in North America, it was rightly named a National Historic site in 1988. According to the distillery’s history website, the “complex is an outstanding example of Victorian industrial design in terms of integrity, historical association and aesthetic qualities.” 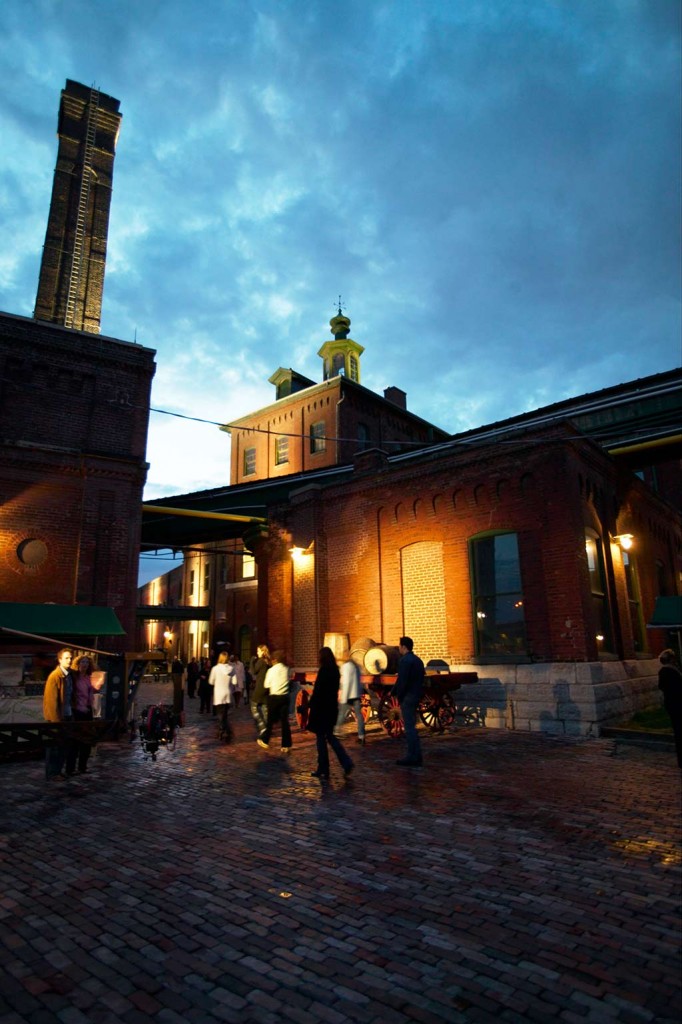 The area is probably best known for its distinctive arts scene. Many of the rooms in the upper floors have been leased by artists for studio space, which contributes to the creative ambiance. The other notable fact is that the entire area is pedestrian-only. That means the red brick paved streets that were part of the look a century ago are only open to pedestrians and cyclists, and this has helped the area to retain its old-style feel.

In addition to shopping and the delights for foodies, there’s lots of entertainment in the district. One of the most popular is the Young Centre for the Performing Arts, which is home to the Soulpepper Theatre Company, Toronto’s largest not-for-profit theatre company. The Centre also features drama productions put on by George Brown College. If you’re coming from out of town, there are plenty of other attractions nearby, like St. Lawrence Market, Corktown and the downtown area where there are a wide range of hotels.

Distillery District Ghost Walks
Looking for an unusual and fun adventure? Check out The Haunted Walk of Toronto this October. They offer 2 different walks – The Original Haunted Walk of Toronto, and Ghosts and Spirits of the Distillery. Both walks last about 90 minutes and tickets can be purchased online. hauntedwalk.com/toronto-tours