Easter today is a little different from its origins. After all, I’m not sure how many Catholics in the 14th century would have celebrated the resurrection of Christ with a bunny hiding chocolate and candy for children. However, few holidays are more tied to tradition and old-fashioned charm than Easter. It’s an all-important holiday time for many families to reunite in celebration over good food and drink. When it comes to traditional Easter meals, there’s no messing around with the traditional ham.

Ham is the hind leg of a pig that has been cured by salting and drying and usually smoking. Smoking is a method of preserving that predates ancient Egyptian times. Granted, with modern refrigeration, it’s no longer necessary to preserve ham this way, but those delicious smoky flavours have become so popular that it remains common today. 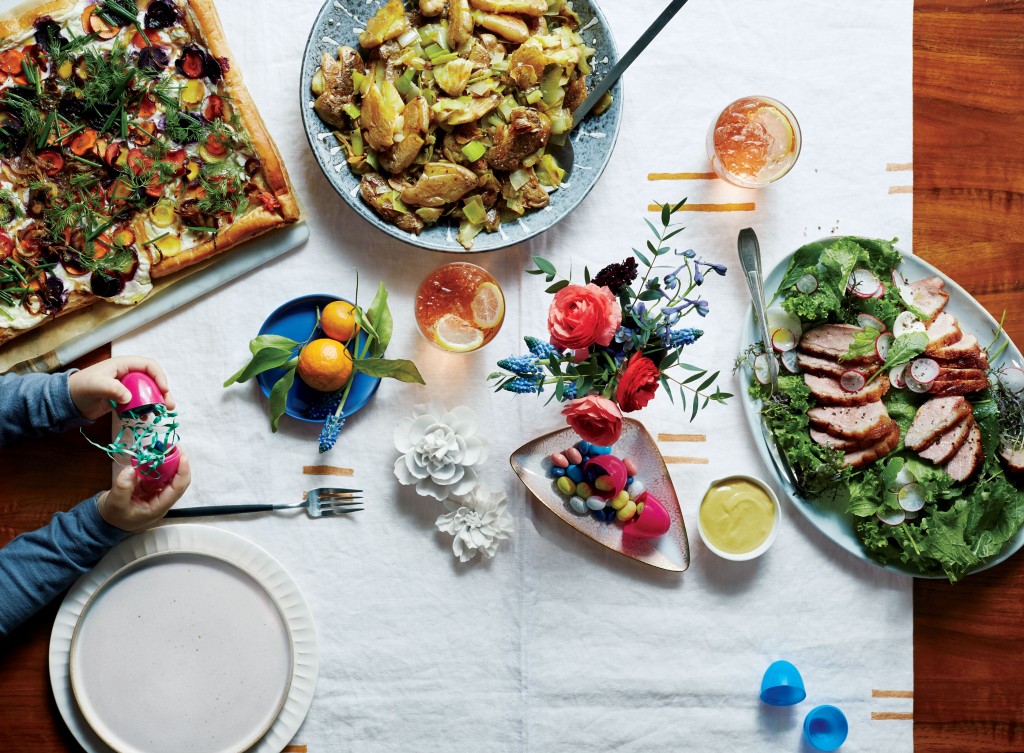 There are many different types of ham to choose from, but for Easter, the most popular are the cooked, smoked boneless or bone-in ham. It’s the same cut, but when the bone is removed the meat is pressed or molded into a “football” shape. Some prefer their ham this way for easier slicing; others prefer the bone for a more succulent flavour. Both are fully cooked, cured, smoked and can be served just as is from the refrigerator or heated through.

But I don’t know why you would! It’s so easy to dress up your holiday table with a succulent ham glazed with sweet and juicy concoctions. The combinations of ingredients that make a glaze are endless. Orange marmalade mixed 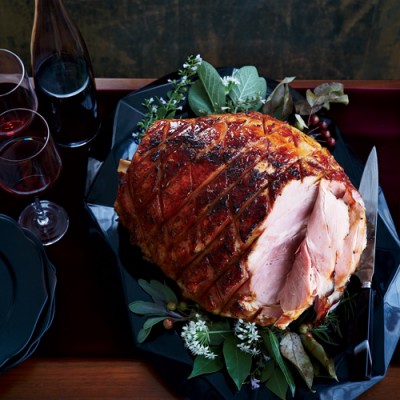 with ground ginger and brown sugar is yummy. At this time of year, a maple syrup glaze is popular. Simply mix some maple syrup with cider vinegar and a Dijon-style mustard. Then spread the glaze over the top of the ham for the last 30 minutes of roasting to add a delicious finish to your holiday dinner.

Be creative with a cranberry glaze. Mix some cranberry juice with Dijon-style mustard, brown sugar and lemon juice, and cook it on the stove top with a bit of cornstarch for thickening. Then baste the glaze onto the ham, which has been previously studded with cloves and dressed with whole cranberries. If you’re looking to add an Asian flair to your Easter dinner, you may want to try a mixture of honey, sugar and cornstarch thickened with sweet juicy pears. 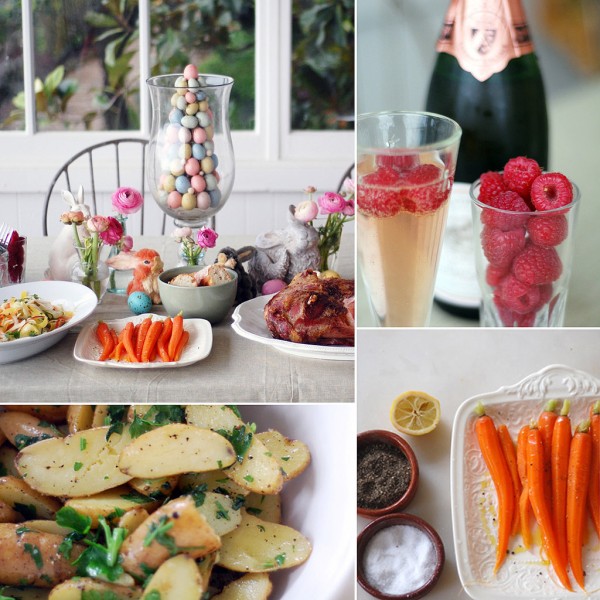 Ham with a pineapple glaze and covered with slices of whole pineapple rings is a classic, but in Niagara, peaches make a stunning alternative. The combination of sugar, vinegar, raisins, cloves and peaches makes an incredibly exquisite ham for your festive table.

In our family, we have a special ham recipe that is traditionally prepared every Easter. First the ham is completely covered with ice water and left in the cold garage to soak for a day. This draws out some of the salt. Then on the stove, the water is replaced with a combination of fresh water and white wine along with a bay leaf and an onion studded with a few cloves, and then it’s brought to a boil. This is simmered softly for about three hours or until the bone in the centre protrudes and becomes loose.

Then remove the ham from the water and place it in a roasting pan to cool as a paste of brown sugar, cinnamon, nutmeg and honey is mixed together. The skin is removed from the ham leaving a layer of fat to slice a fancy diagonal pattern into. The honey paste is then rubbed all over and cloves are studded in the diamond pattern. It’s then baked until the coating becomes crisp, golden and the caramelization adds loads of juicy, sweet goodness.

Choose a quality ham from one of our local butchers or grocery stores, select a glaze that suits you, and may you begin a culinary tradition of your own this Easter Sunday.

Written By Lynn Ogryzlo – Lynn Ogryzlo is a Toronto-based food, wine and travel writer, international award winning author and regular contributor to Look Local Magazine. She can be reached for questions or comments at www.lynnogryzlo.ca.