Niagara Falls is one of my favourite spots for an outing, and I’ve made the trip in all of the seasons, when the flowers are in bloom and when massive icy sculptures stand upright in the spray. I’ve stayed overnight and seen the Falls lit up in their glory from the 42nd floor of the Embassy Suites Hotel. 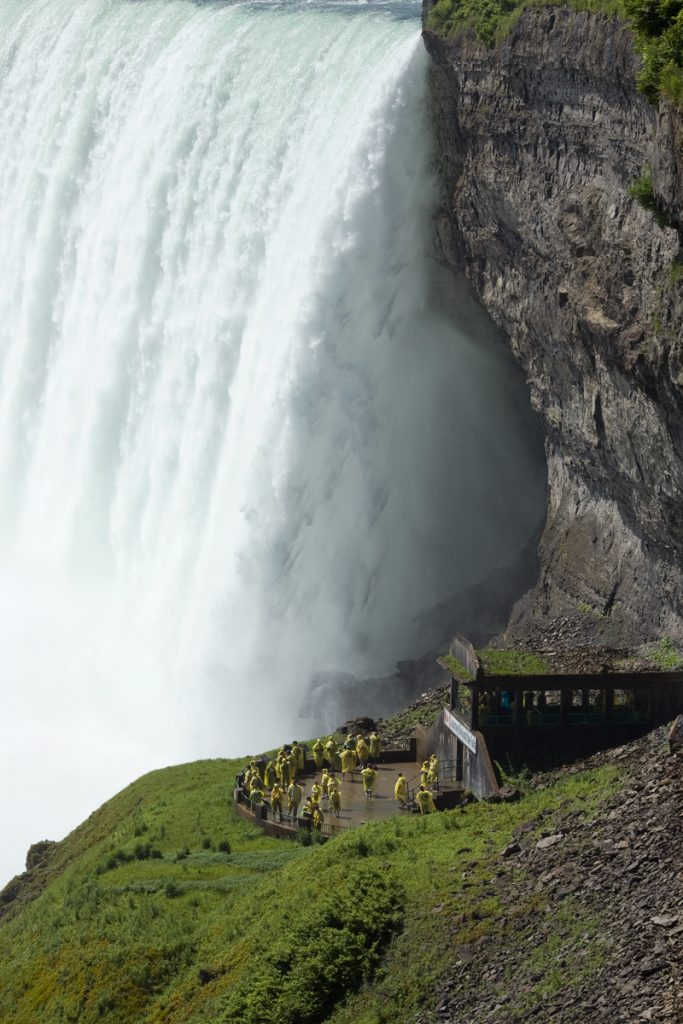 Although I’ve been countless times, there’s something about visiting with a first-timer that brings it all back. I recently took my sister-in-law who was born in England and had only seen photos of the Falls in magazines and on the internet. She’d dreamt of visiting since she was a child and, on the drive there, she talked about it with a childlike excitement that was infectious.

The first must-do on everyone’s list has to be a tour on the Hornblower, the boat which replaced The Maid of the Mist in 2014. The Maid of the Mist had been the sole boat tour operator since 1846, and while the Hornblower’s name doesn’t have the same romantic overtones, the new boats are bigger and faster and offer extended cruise times that begin at sunrise and go on until late in the evening. It’s an unforgettable experience and even with the red rain ponchos on, you’re guaranteed a good soaker. 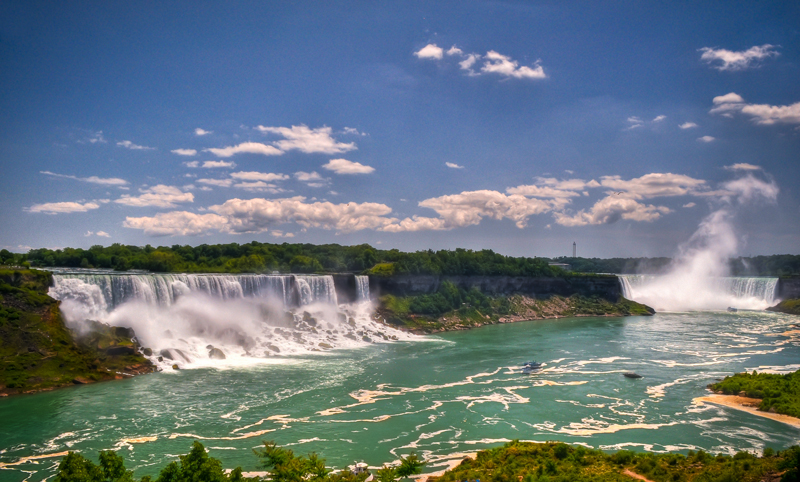 The Journey Behind the Falls doesn’t get as much hype but it’s equally unforgettable as it puts you directly under the Falls. An elevator takes you down 45 metres (150 ft.) through bedrock and into tunnels that lead to a basin. From there, you look 13 storeys up to see the water crashing down almost beside you.

Seeing the Falls lit up at night in all the colours of the rainbow is an entirely different experience and well worth the effort to stay. All the Groupon offers out there make it entirely affordable.

While there, you may want to visit Ripley’s Believe it or Not Museum, which has more than 800 exhibits, including the world’s rarest egg, 2-headed animals and shrunken heads. The 53-year-old attraction is currently being renovated to include theme rooms and a 4D moving theatre, and is expected to reopen in May.

Our visits to the Falls always include a stop at Hershey’s Chocolate World. Post-chocolate indulgence, you’ll find the Niagara Parks Botanical Gardens just a short drive away. There are 99 acres of beautiful gardens filled with rhododendrons, azaleas and vegetable plantings, as well as a world-famous rose garden with more than 2,400 roses, and an amazing Floral Clock. May and early June really is a lovely time to go, as all of these flowers will be coming into bloom soon.