For many people, the popular St. Andrew’s Church Christmas House Tour is more than just a house tour. “What I always hear from people is that the tour gets them into the Christmas spirit,” says tour co-chair Frances Mantle. “It’s also a great way to reconnect with friends and many of the people we see get together just for the tour.”

This is the 19th house tour organized by St. Andrew’s Church, which started the tour in 1981. It’s held every other year and, for many people, it’s become a huge tradition. They’ve had visitors from London, Bowmanville and Guelph. “When we were selling the tickets last year, one person came up and said, ‘my daughter and I have done this since 1995,” Mantle says. Its popularity can be traced to the homes. This year’s tour has nine homes in beautiful southeast Oakville, including on Dunn Street, Maplegrove Drive, Morrison Heights and Chartwell. 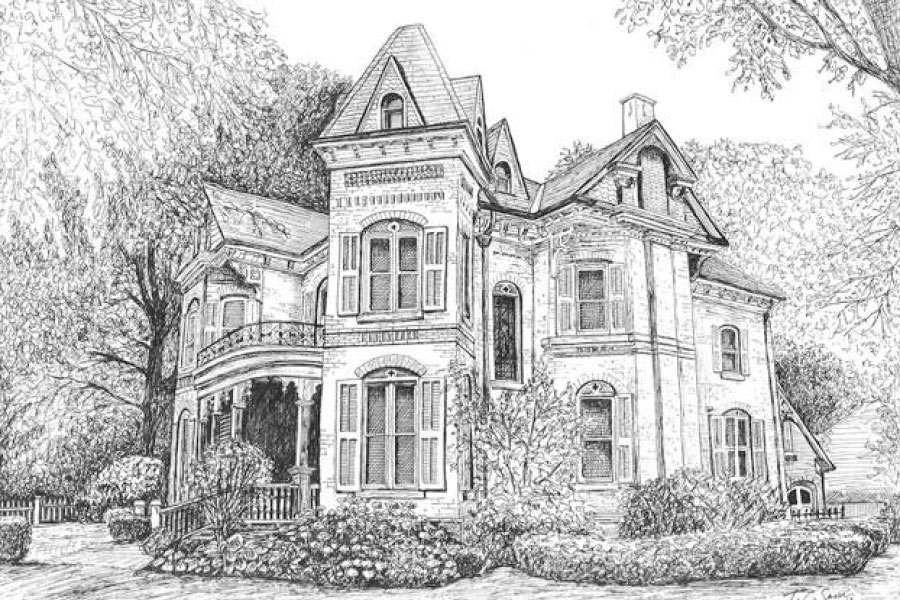 Co-chair Sue Harason says a committee of around 15 church members started the work of finding the homes in January and this year came up with a mix of architecturally unique homes. Each home will be decorated by a local designer and dressed up in the finest Christmas attire. “It’s beautiful to see what ideas people come up with. They come up with these stunning looks,” says Mantle. It’s no surprise that the 2015 tour raised more than $90,000 from the sale of 1,600 tickets, sponsorships and advertising in the tour booklet. Even the booklet is beautiful and includes sketches of each home by Oakville artist Tanja Sassi. 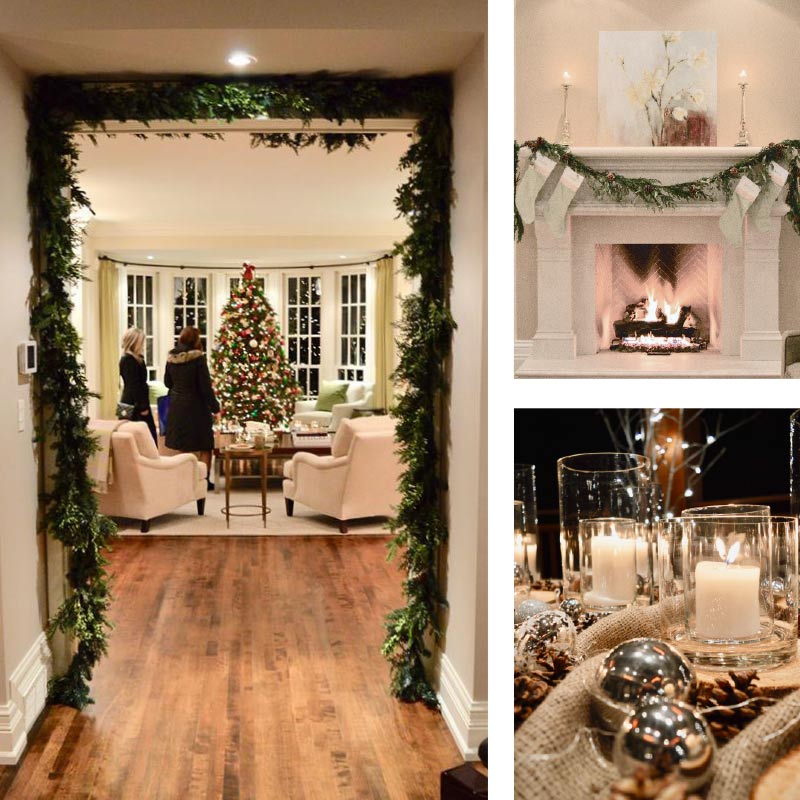 Designer Brittaney Elgner, who lives on Morrison Heights and runs Olly and Em decorating company – named after her children – owns one of the homes on the tour. The theme for her decor will be feathery whites and green tones. This is her first year in the tour and she says, “We’re super excited about it. I have a lot of white in my house so I’m going to play off that with things like a frosted white tree that has green undertones and branches dusted in fake snow.” Her home is surrounded by trees and on a large lot so she decided to bring a little nature inside and decorate with white feather wreaths and natural greenery, such as olive leaves and boxwood wreaths. “I really wanted to play off the outside natural elements,” notes Elgner, who describes the vibe as “Christmassy but with more of an elegant look.” One room will have a whole wall of match houses made of little pieces of wood and little wooden mice figurines plus artificial trees. 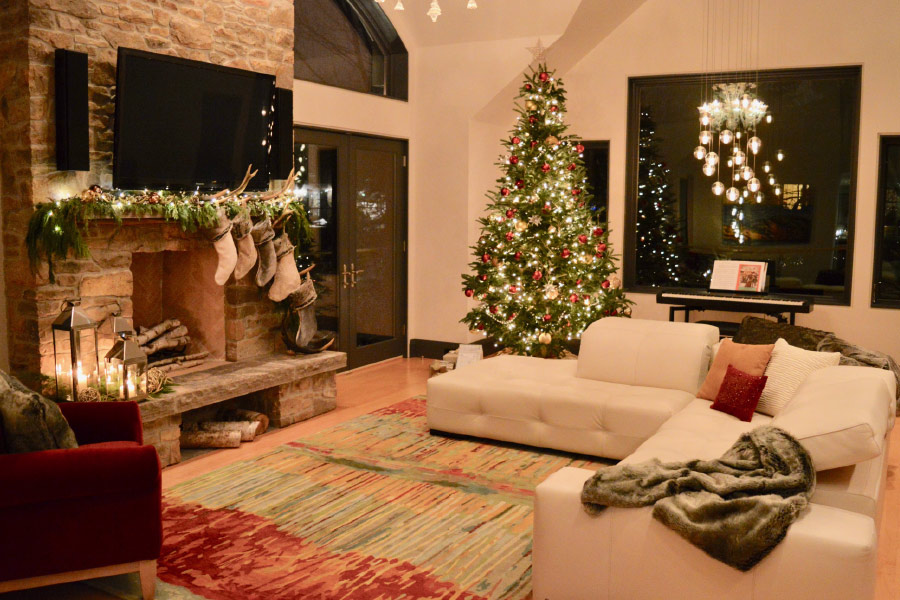 The event is so popular that they have more than 200 volunteers during the Saturday tour. “You get the opportunity to look at these stunning homes and it’s also a great way to bring the community together. There’s a real sense of camaraderie,” says Harason. The tours will run on December 1st and 2nd this year. Friday night includes a special Candlelight House Tour and Reception. Tickets for Friday night are in high demand because there are no lineups.

There are two levels of tickets for Friday; $100 tickets that include a reception at the Oakville Golf Club and $75 tickets that are only for the tour. The Saturday tour also includes tea and cookies at the church. “We get them coming from far and wide,” says Harason. “It’s just a great day.” All proceeds go to St. Andrew’s Church, Kerr Street Mission, Community Living Oakville, and the Society of Saint Vincent de Paul Halton (Particular Council in support of the Halton Fresh Food Box Program). 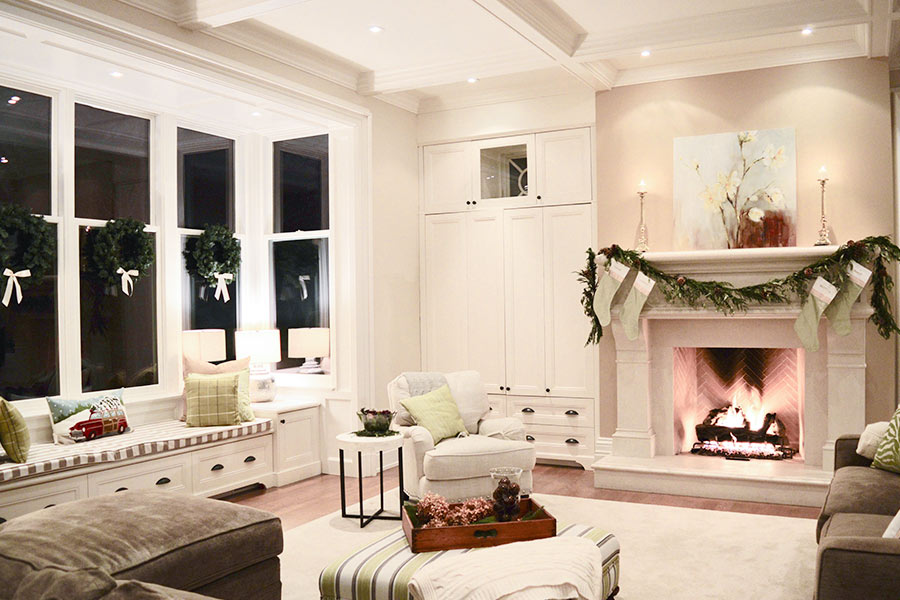