Canadian Artist Jason Carter is currently showcasing his latest collection of art and carvings at Towne Square Gallery, in Downtown Oakville. This is an exhibit you don’t want to miss! His modern take on traditional Aboriginal themes is incredibly unique, and has established him as one of Canada’s most notable artists of our generation. For more information on Jason, read on. To see his art in person, visit Towne Square Gallery in Downtown Oakville between October 25 and November 11th. 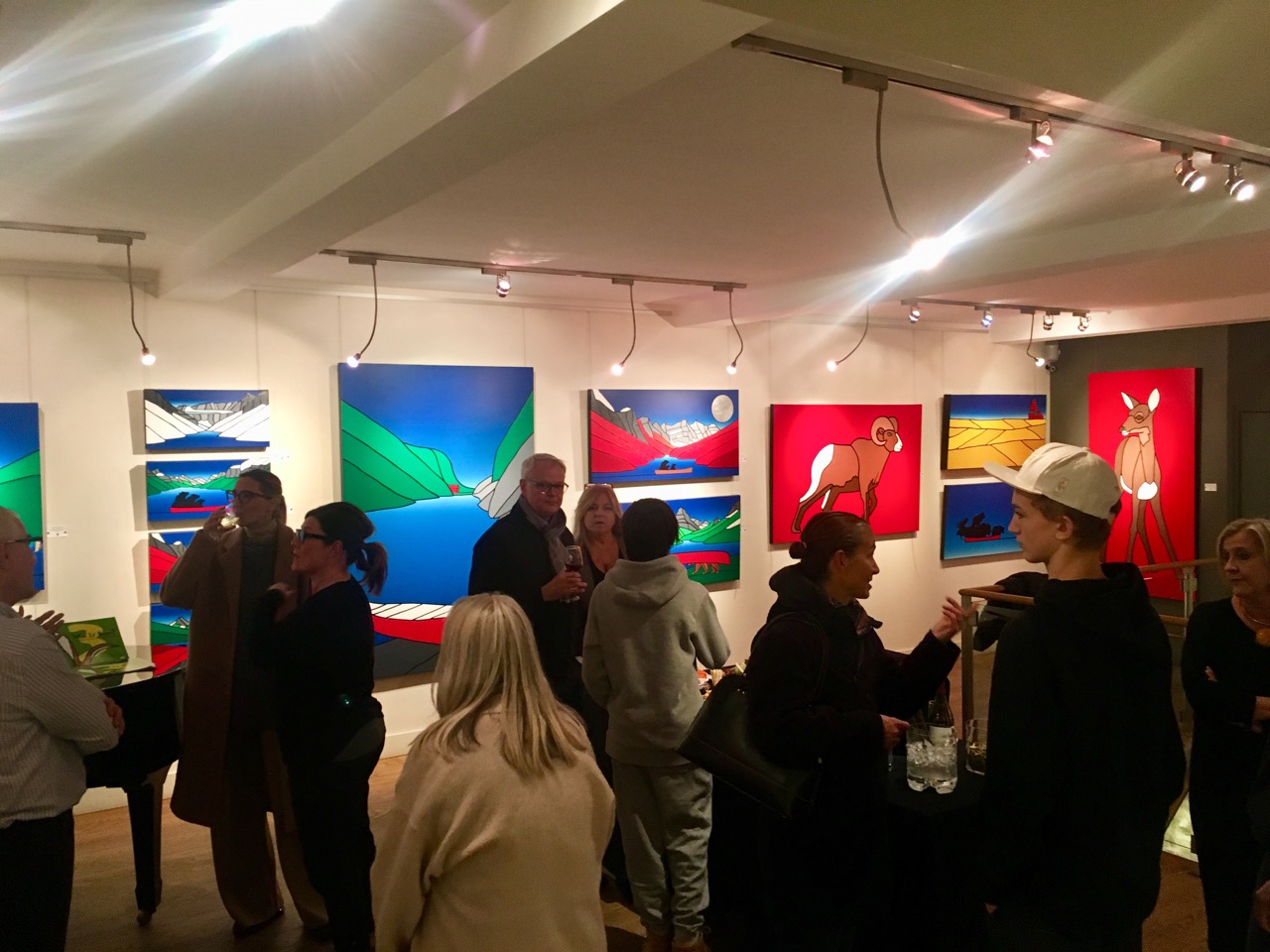 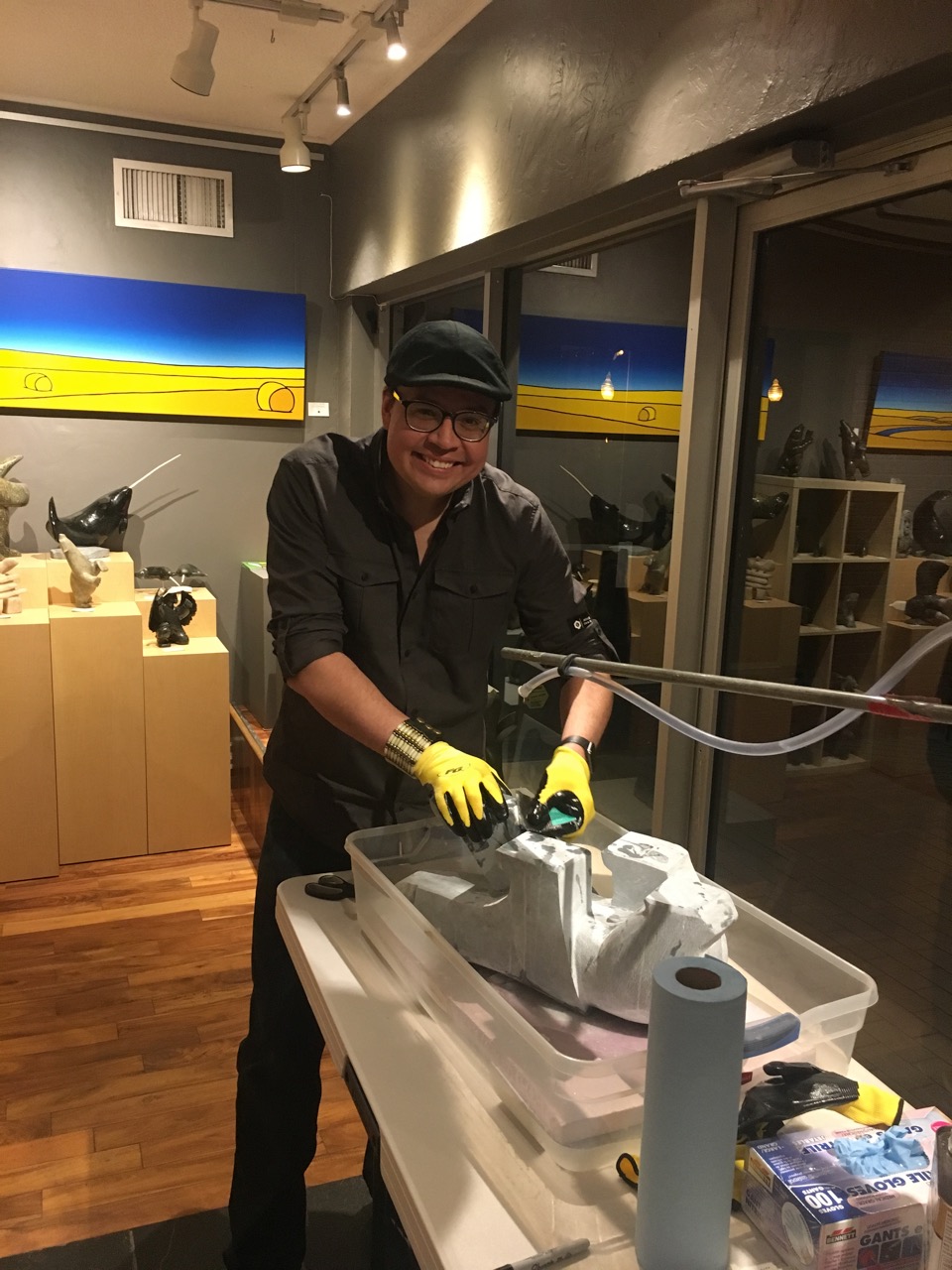 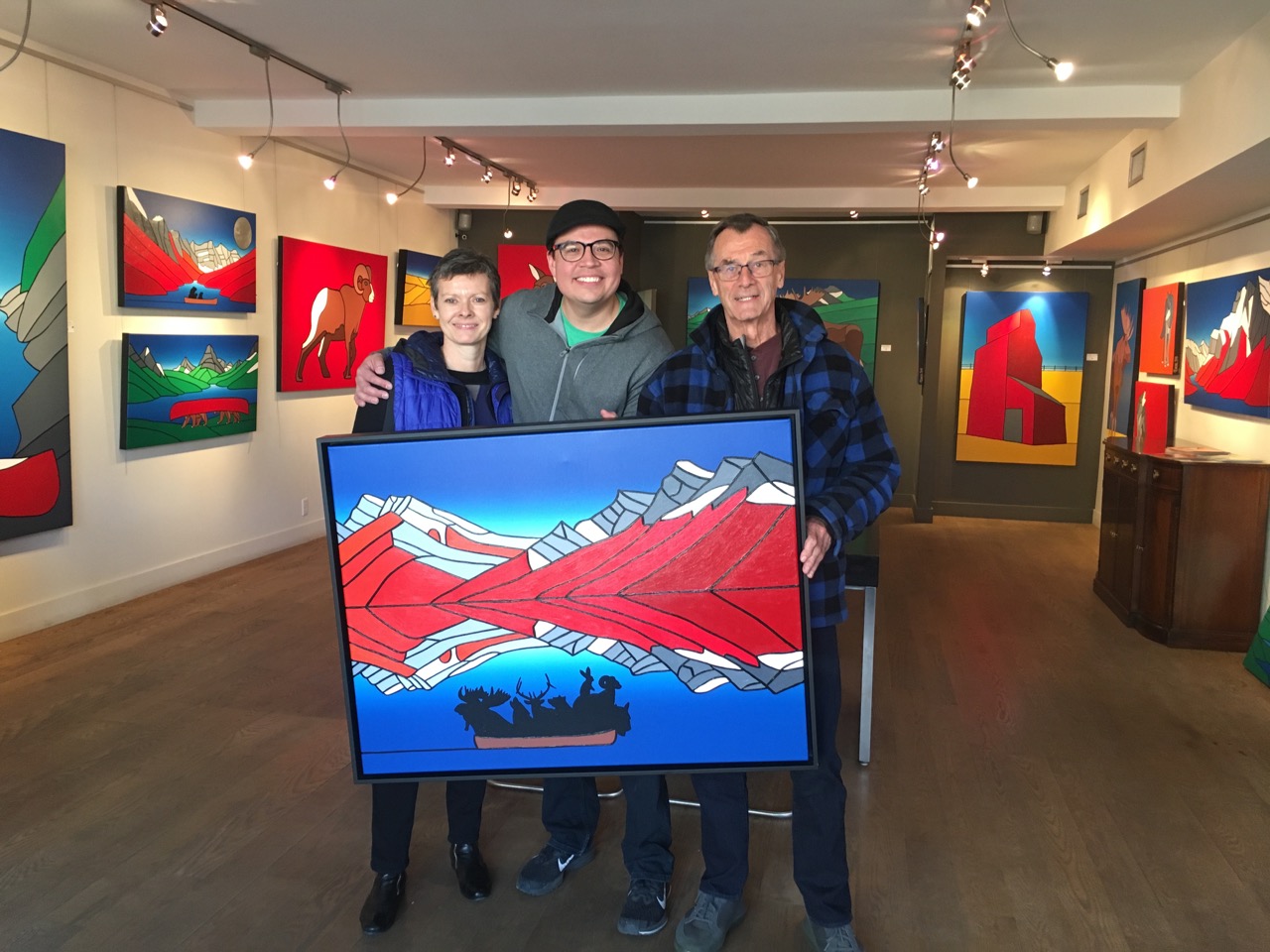 Jason Carter is one of Canada’s most exciting and accomplished contemporary Aboriginal visual artists, celebrated for both his paintings and his carvings. He had a solo show at Alberta House on Alberta Day at the Vancouver 2010 Winter Olympics. His work has been acquired into dozens of private collections (The Government of Alberta, The City Of Edmonton, AFA, Rogers Media, Syncrude, The Shaw Art Collection, The Regional Municipality of Wood Buffalo to name a few) as well, he has had several exciting public shows, including the Royal Alberta Museum, Art Gallery of Alberta, The Art Gallery of Calgary and the Indian and Northern Affairs Public Art Display in Ottawa, Ontario.

Jason has been commissioned by the Art Gallery of Alberta, The Canada Council for the Arts, The Alberta Foundation of the Arts, The Edmonton Arts Council, The Works International Visual Arts Society, The Society of Manufacturing Engineers of Canada, Winter Light Festival, Syncrude Canada, The Government of Canada and most recently, The Edmonton International Airport to create a 100ft x 7ft permanent installation for the new EIA which opened Summer 2012, with an expected viewing of over 1 million people per year.  He is currently working with The Wood Buffalo Regional Municipality again, building and installing a 12-ft sculpture, and with The City of Calgary on a giant installation to be announced late 2015.

He created permanent murals for the Amiskwaskahegan (Beaver Hills Park) in Edmonton and was one of three artists part of the LRT/SOUTH Extension beautification project. He was recently celebrated as ‘Emerging Artist of the Year’ at the Mayor’s Evening of the Arts in Edmonton as well as Avenue Magazines Top 40 Under 40. Jason illustrated his first Children’s book April 2011, “WHO IS BOO: The Terrific Tales of One Trickster Rabbit” inspired by his first carving of a rabbit which he called ‘Nanabozho’ (inspired by the Ojibwe trickster character). Since then, ‘WHO IS BOO 2: The Continued Adventures’ has been published as WHO IS BOO 3 is expected to be released in 2015. He recently completed an 18-paining series for the Art Gallery of Alberta part of the T-REX Program called ‘Urban Animals’ which will tour Alberta for 3 years, and published his next children’s book of the same name, ‘Urban Animals’, as well, opened the ‘World Of Boo’ in the BMO World of Creativity Children’s Gallery at the Art Gallery of Alberta through May 2015.

Jason Carter is currently represented by The Bearclaw Gallery in Edmonton, Rouge Gallery in Saskatoon and The Town Square Gallery in Oakville Ontario and in 2012, opened his own gallery, The Carter-Ryan Gallery in Canmore Alberta.  Jason is member of the Little Red River Cree Nation and he paints and/or carves at least seven days a week.

ARTISTS STATEMENT: “Being an artist who divides their time equally painting and carving, I have been gifted the opportunity to express myself through two mediums, stone and canvas, and both I approach with humor and optimism. In the world we live in, there is much to be cynical about, but I have found an outlet that I, myself, gather much joy and light, and am so fortunate to be able to pass that joy on. As a Aboriginal man from the Little Red River Cree Nation, I gather much inspiration from the stories passed on by elders within my community, stories that have evolved and changed, some documented, some not, but the essence of these characters are passed on through the years. As an artist, I am inspired by the essence of some of these characters and then, in keeping with the tradition of my indigenous roots, create new stories filled with wonder and morals, and bring them to life through my chosen medium, canvas and stone with written word.

As a contemporary Aboriginal artist in pursuit of becoming my true authentic self (in this ever evolving culture), I am aware that much of my craft comes from an innate ability that I have been born with, and believe this to be a blessing and a responsibility, both of which I take very seriously. I am continuously using my gift to create new stories inspired from traditional characters with my stone and canvas. I seek inspiration from the past as I create a bold and colorful future.” 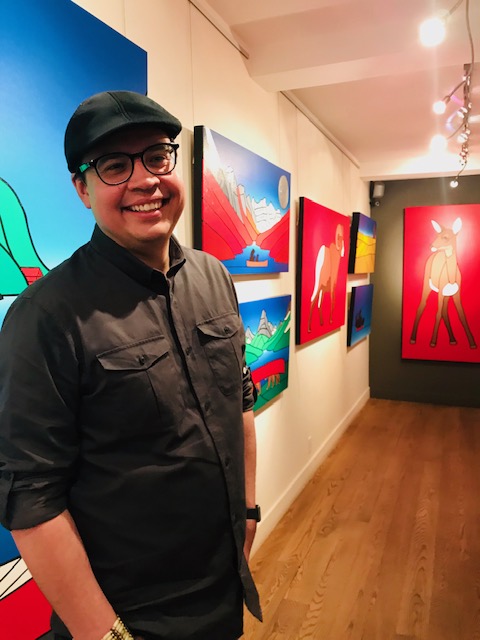