When Carol Baldwin first heard about the game of pickleball, she had the same response as many people, “I read a booklet about it and thought, what the heck is that?”

Baldwin can’t be blamed for her confusion. The game, after all, is a combination of several sports brought together on a tennis-like court…. and while it may look like tennis, it combines elements of badminton and table tennis while featuring a different racket, lower net, and new rules.

For unseasoned players, there may not seem like there’s much to the net seeing as it’s similar to the ones used in tennis – but for pickleball, the net sits around two inches lower and can be played as doubles or singles.

Baldwin never could have guessed she would like the game as much as she does. But after only a few games, she was hooked. That was ten years ago and she’s still a loyal player who hits the courts twice a week.

“I just loved it and I kept going back and back,” said Baldwin, who plays at the Burlington Seniors Centre on New Street.

Pickleball appeals to people of all ages partly because it’s fairly easy to learn, but also because playing at a competitive level comes quite quickly. Competitive games are popping up all over North America and are attracting players of all ages. 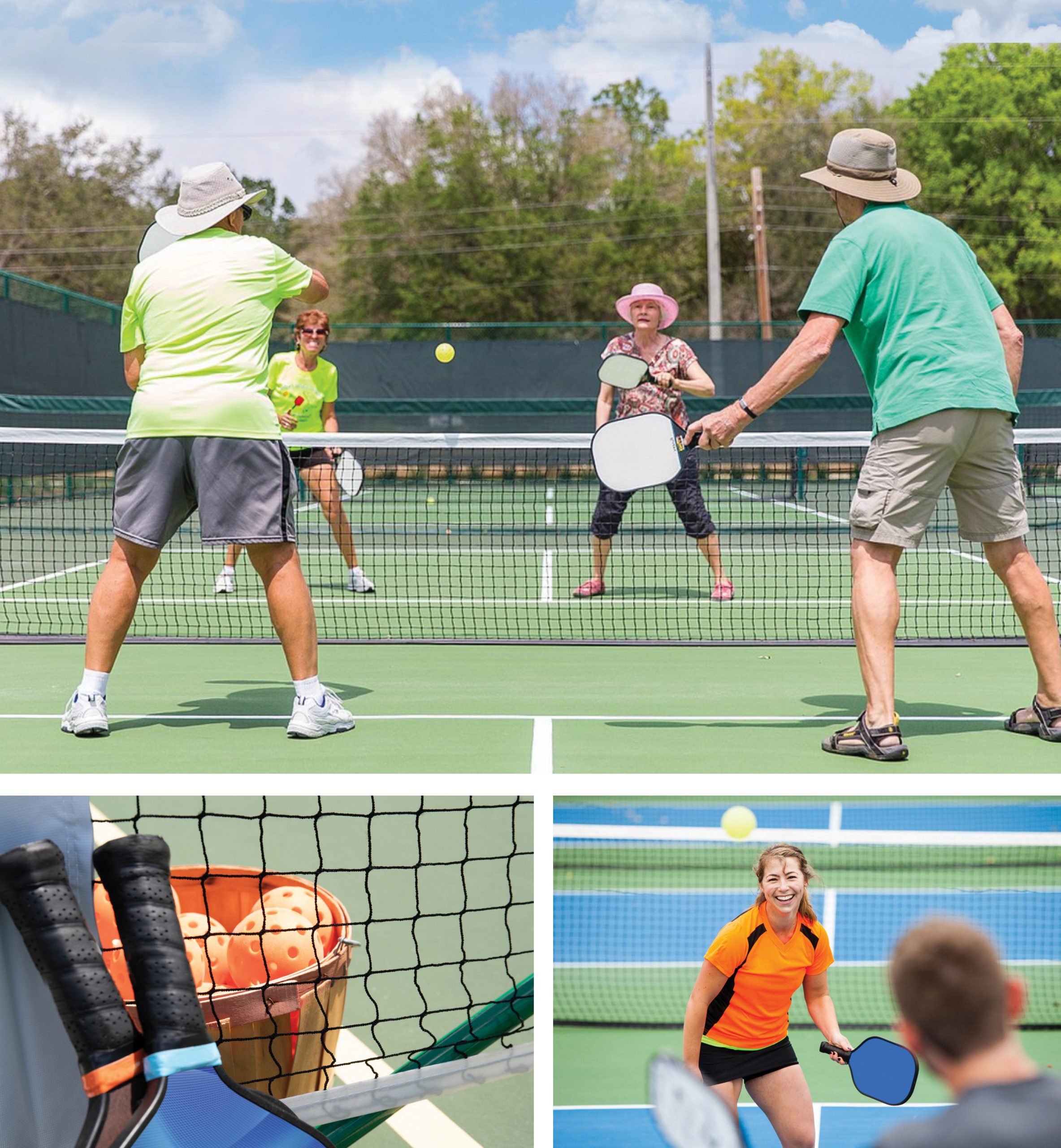 Pickleball tends to have a large following from seniors because it’s easier to play than other ball and racket sports (for example, there are no overhand serves). Baldwin never thought the game would be more than a passing fancy for her. But to her, it’s more than just a game, it’s also a fun social activity.

“Through pickleball, I met the group of people who have kept me sane during COVID.”

Pickleball was invented in 1965 on Bainbridge Island, near Seattle, Washington by Joel Pritchard, Bill Bell, and Barney McCallum. They were looking for an activity for their kids and combined various elements from other court games.

Contrary to popular belief, the name did not stem from one of the founder’s dogs. It came about because it sounds like Pickle Boat – a moniker from rowing where oarsmen are chosen from the leftovers of other boats, in the same way as pickleball is a combination of other games.

The game has taken off like wildfire. Two years after the trio developed pickleball, they constructed the first pickleball court. By 1976, the first tournament in the world was held in Washington.

Since then, a sport that began as a children’s backyard activity has evolved into one of the fastest-growing sports in North America. It’s played in countries around the world, and competitions are held by groups like the U.S Pickleball National Championships.

As of 2021, there were 57 member countries for pickleball which are overseen by the International Federation of Pickleball.

The demand for pickleball has spread to Burlington and Oakville where it’s now offered in several centres, including the Burlington Seniors’ Centre, and many Burlington city-run recreation centres, like Central Arena and Mainway Arena.  In Oakville, the Global Pickleball Network lists many spots where pickleball is played, including River Oaks Community Centre and George Savage Park.  Many private racket clubs including the Ontario Racket Club have also embraced the game.

If you haven’t picked up a pickleball paddle yet there’s no better time than the present – and who knows, maybe you’ll be pining for pickleball like so many others.