If you know a thing or two about local history, or if you read Joseph Boyden’s recent novel The Orenda, you may be familiar with the Haudenosaunee (Iroquois) people, and the lives and culture that existed here long before Canada’s confederation. A rich blend of history and culture can be found amongst the Six Nations of the Grand River.

Ohsweken, Ontario, just outside Brantford, is the only place in North America where all Haudenosaunee nations live together. It’s a society under Haudenosaunee Confederacy that includes six member nations: Onondaga, Cayuga, Mohawk, Oneida, Seneca and Tuscarora. Haudenosaunee translates literally to “They Build Houses” – longhouses in fact. Today the area continues to build upon and maintain its culture and welcomes you to experience life on the Grand.

There are two major historical sites that should be on any visitor’s agenda: the Chiefswood National Historic Site and the H.M. Royal Chapel of the Mohawk. Chiefswood, a unique mansion, is the birthplace of famed Mohawk-English poet, Pauline Johnson. It was built on the banks of the Grand River in 1856. The house has two “front doors”. One door faces the river and welcomed Mohawks arriving by canoe, and the other faces the road to welcome the English who arrived by buggy back in Brantford’s early days. 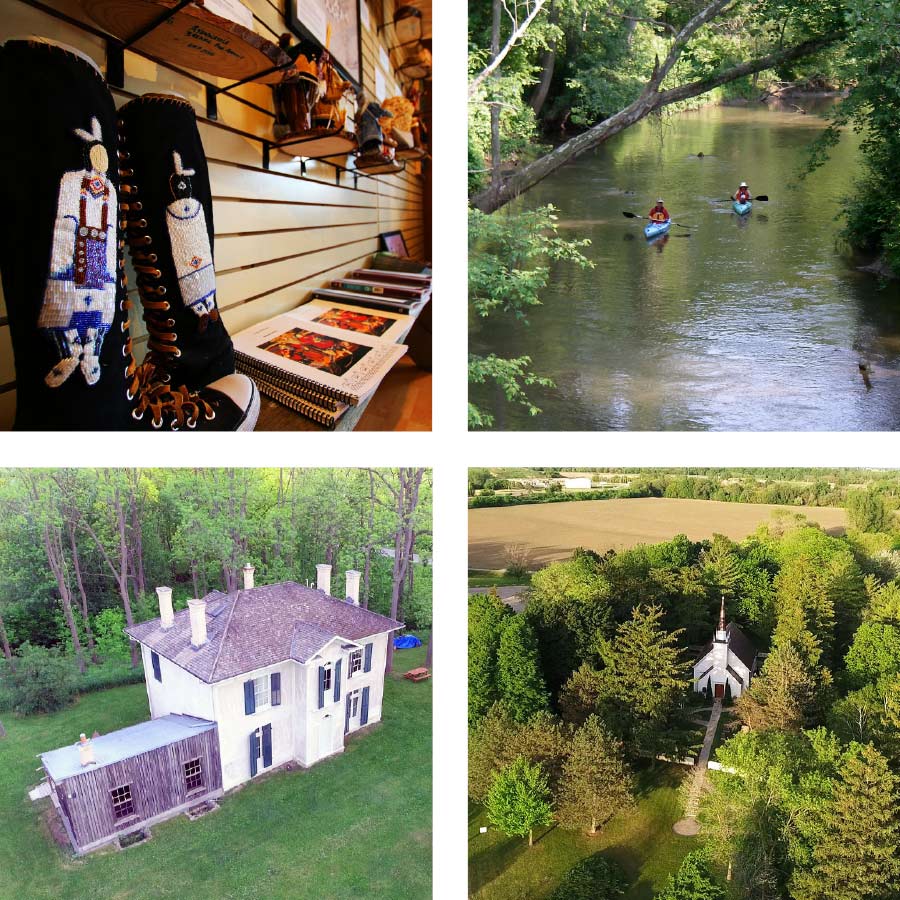 Today, Chiefswood National Historic Site protects rare grassland prairies, Carolinian forests, and swamp lands on the Grand River, and maintains its identity as a community hub where Six Nations gather each year for two major events: Aboriginal Day in June and the Champion of Champion’s Pow Wow in late July. Chiefswood is open to the public yearly from May to November.

The Mohawk Chapel is one of the oldest buildings in Canada’s 150 year history and was the first Protestant church in Upper Canada. Also located on the banks of the Grand River, it was built in 1785 and is open for guided tours from June to August. Remarkable stained glass windows in the chapel depict significant events in the history of the Six Nations people. The grounds are the final resting place of Joseph Brant and his son, John.

To help us discover the area in an authentic way, Six Nations Tourism has partnered with local organizations within the community to deliver a range of cultural experiences.

The “Love of the Arts” experience includes a nature trail walk and a visit to the Chiefswood Natural Historic Site. You’ll then drive to Ohsweken for a traditional lunch and visit Our Sustenance, the Six Nations Farmer’s Market. End the afternoon by browsing local galleries and shops.

“Where Cultures Meet” is a tour that begins at the Royal Chapel of the Mohawk and then takes you to The Woodland Cultural Centre Museum. You’ll also see the Kanata Village, which is a replica of a 17th Century Mohawk village. Explore downtown Ohsweken and then visit the Chiefswood National Historic Site and the Kayanase Greenhouse.

For sports enthusiasts, the “Day of Play” experience is for you. You will walk the nature trails, and then visit Chiefswood to play lacrosse or try archery. Drive to Ohsweken for a traditional lunch and tour the Iroquois Lacrosse Arena and watch a match. 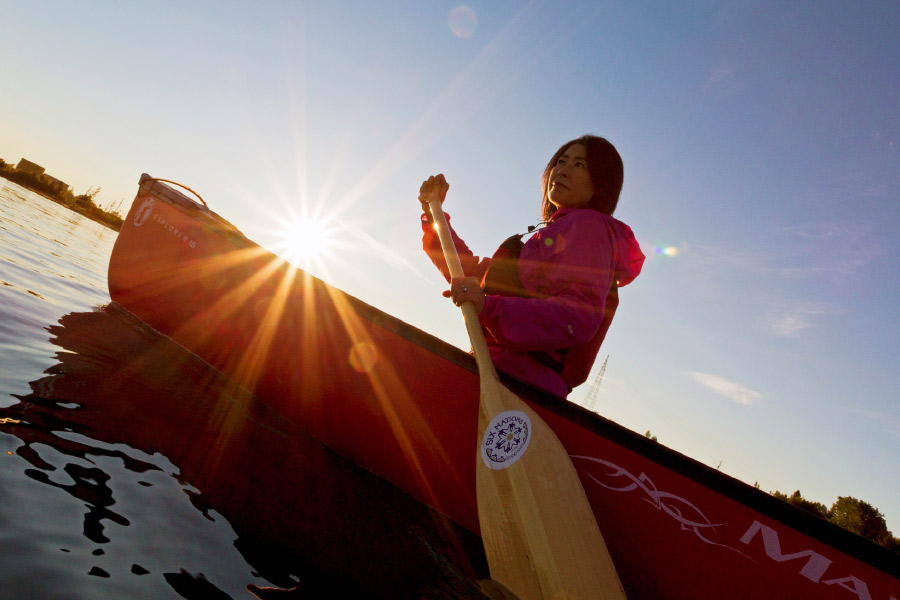 While in the area, you can also explore the largest Carolinian forest in Ontario, paddle the Grand River by canoe with a traditional guide, or listen to the Peacemaker tell stories by a fire while sipping homemade tea and sampling baked goods. You can also learn more about the main agricultural crops –  corn, beans and squash, known as the Three Sisters – and their importance to the Haudenosaunee culture. Within the Ohsweken community are many shops and boutiques that carry traditional handiwork, art, jewelry and other items. A list of shops can be found on the Six Nations Tourism website.

There are accommodations and places to eat in nearby Paris, Ontario, including the Arlington Hotel. Enjoy some “Parisian” nightlife at Stillwaters Restaurant, the Cobblestone Public House, Bell City Brewing, or the Sociable Kitchen & Tavern.

By the time you return home, you’ll have a renewed sense of appreciation for this area’s deep, storied history. 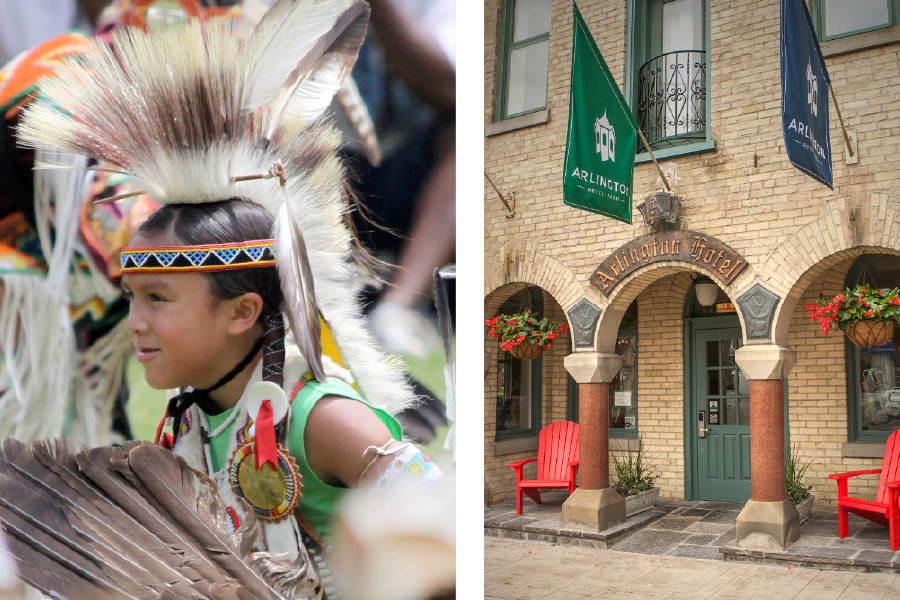